Cordyceps mushroom powder has been used in traditional Chinese and Tibetan medicine since the 15th century. It is known to be effective treatment for a large number of ailments because of the unique way that it works on the human body.

Cordyceps was famously used by the winning Chinese athletes in the 1993 Chinese National games. This mushroom powder is loved by many athletes because it is known to increase performance and energy levels. 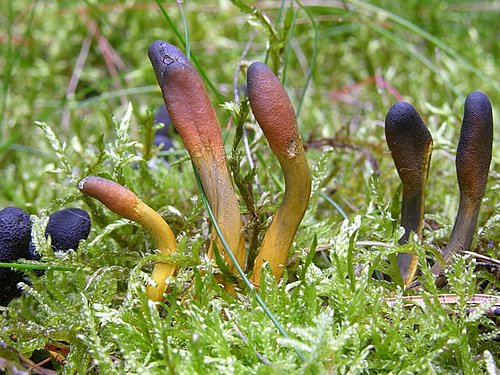 Traditionally in Chinese medicine Cordyceps Sinensis has been used as a liver and kidney tonic, and to support the respiratory system.

Cordyceps contains vitamin B1, B2, B12, E and K; and it is packed with minerals including magnesium, phosphorus, potassium, nickel, calcium, iron, copper, manganese, zinc, chromium and selenium. Cordyceps vast nutrimental profile could contribute to a healthy immune system, improved energy levels and promote longevity. It is also a great source of amino acids (proline, histidine, oxyvaline, arginine and phenylalanine).

We gets lots of questions about the difference between the two types of Cordyceps, in a nutshell Sinensis is the traditional method of growing Cordyceps, on lavae as it grows in nature. Militaris is lab grown and is considered to be vastly inferior in quality. We proudly stock the traditional super-quality Sinensis Cordyceps.
Check out our full range of amazing mushroom powders here.

Cordyceps Sinensis is an extremely safe herb with only mild digestive upsets being reported after taking large doses. We recommend that you take between 2g-5g a day. Just add to a glass of filtered water, a smoothie or sprinkle it on your food.

Precautions:
Not recommended if you have low blood sugar or an auto-immune disorder. Cordyceps tends to lower blood sugar and significantly increase immunity. Which is good news for most people, but is not suitable for people with these conditions.