Harvested off the French coast, sea spaghetti is an edible brown algae with high amounts of dietary fibre,  calcium, iodine, magnesium, manganese, zinc and vitamins A, B2, B7, C and E.

Harvested off the Scottish coast, sea spaghetti seaweed is an edible brown alga with high amounts of dietary fibre. It’s a good source of calcium, iodine, magnesium, manganese and zinc. It is also rich in vitamins A, B2, B7, C, E and is a great source of protein.

Unlike other seaweeds, sea spaghetti is mild tasting with a slightly nutty flavour. It is often used in salads, or can be cooked separately and added to pasta. This seaweed absorbs a huge variety of nutrients, making it a powerful, health-promoting food.

Suggested use of sea spaghetti seaweed: 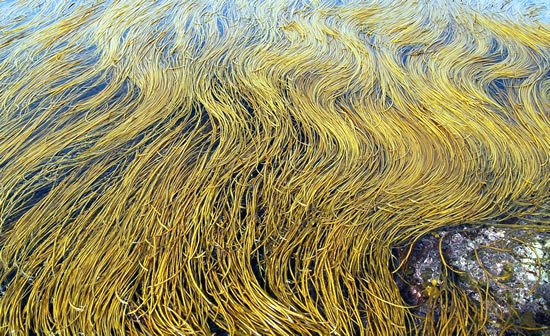 When cooked it is similar to spaghetti, hence the name, and can be eaten on its own or mixed with pasta, cooked or cold soaked. It can also be added to soups and stews or even eaten cold soaked in a salad.

Before cooking, soak it for 10 to 20 minutes in some lemon juice, then simmer 10 minutes until al dente. Serve with a little oil, salt and freshly ground black pepper. It’s delicious!