Originating in India, Psyllium Husk is a natural food from the seed of the Plantago Ovata plant. Psyllium is rich in dietary fibre, reducing appetite without over stimulating the nervous system. Ideal for using during a detox, for cleaning the colon and aiding digestion.

Originating in India, psyllium husk is a natural food from the seed of the plantago ovata plant. Psyllium is rich in dietary fibre, it fills you with fibre, reducing appetite without over stimulating the nervous system. 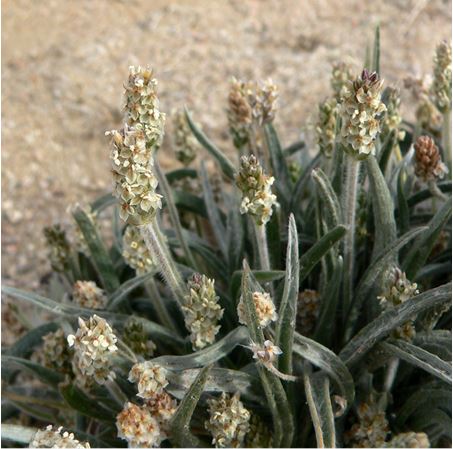 Psyllium is one of the simplest, healthiest and most effective herbs in the ‘swollen foods’ family.  Psyllium has also been used for both diarrhoea and constipation, it can encourage easy bowel movements with a loose stool if constipated but psyllium also soaks up a significant amount of water in the digestive tract, thereby making stools firmer and under circumstances of diarrhoea helps slow down the pass.

In a study of people with types of inflammatory bowel disorders, psyllium seeds were shown to be very effective in moderate cases of diarrhoea, caused by either ulcerative colitis or Crohn’s disease, in decreasing recurrences of the disease.

Other products that are amazing for detoxing are bentonite clay, probiotics and digestive minerals.

Psyllium is often taken as part of a detox program, add 1 tablespoon of psyllium to water and mix well, drink as it is or add juice for flavour. Psyllium can be added to smoothies or used in raw food cooking as a thickening/binding agent.

How our Organic Psyllium Husk is processed

Psyllium seeds are usually sown between October and December and after a few days, germination begins. Around two months later, the characteristic flowers start to bloom, and by spring, the seeds are ready to be harvested.

It is very important to get the timing of harvest right, otherwise, the seeds may fall to the ground and scatter in the wind before there is a chance to collect them.

Hand sickles are used to cut the crop 15cm or so above the ground, after which it is placed in heaps and dried outside for a day or two. The harvested plant is threshed in order to loosen out the seeds, which are then collected and transported for processing. On average, one hectare can produce 1,000kg of seed.

At the processing mill, seeds are cleaned and passed through special vibrating sieves that eliminate dust and sand particles. All seeds are carefully examined at this stage and any broken or underdeveloped ones are disposed of.

The selected seeds are put through a grinder and the husk separated from the kernel. A gravity separator is used to remove any final impurities. This meticulous yet straightforward method of processing ensures our organic psyllium husks can be enjoyed in their simple, raw form with all their health-giving benefits still intact.