Oregano oil is derived from origanum vulgar, a species of oregano which contains high concentrations of naturally occurring carvacrol, thymol and rosmarinic acid. 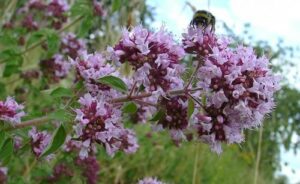 Oregano oil is an extract of the widely used herb oregano, but unlike the oregano you use in cooking (Origanum marjoram), it is derived from origanum vulgar, a species of oregano which contains high concentrations of the naturally occurring compound carvacrol.

Carvacrol, along with thymol, are the two key components of oregano. They have been shown to have many health benefits including being antibacterial, anti-fungal and anti-viral.

The wonderful properties of oregano have been documented for thousands of years. It is believed to have been first used in ancient Greece where it was discovered to have many potential benefits.

At Detox Trading we stock a wide range of amazing supplements, check them out here.

Suggested use of Oregano Oil:

4 drops daily directly under the tongue or mixed with water or juice. Can also be applied topically or as directed by your healthcare professional.