Spring is upon us, and with it brings fresh flowers and lots of pollen. Although this is a beautiful season, it is not so easy for hay fever sufferers. 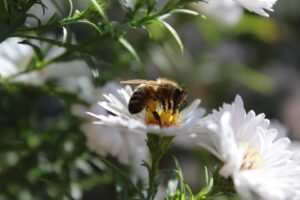 Hay fever is an autoimmune disease, where the body mistakenly fights off harmless substances thinking they are actually causing harm. In the case of hay fever, the body identifies pollen as a parasite and this causes the typical allergic reaction. The most important point in helping to battle hay fever is to maintain a healthy immune system as much as possible throughout the year. We have put together a few recommendations to help alleviate symptoms of hay fever. Alongside our recommendations below, we also suggest avoiding mucus forming foods such as dairy, pasta and sugar.

Another great option is to buy honey from your local area- this helps your immune system adapt and get used to the pollen in your immediate surroundings.

Bee pollen acts a natural antihistamine; when the body has an immune response to a perceived allergen it creates antibodies. These antibodies then release histamine which causes an allergic reaction such as the common cold-like symptoms. Bee pollen is also one of the most nutritionally dense and complete foods on the planet.

Regularly taking probiotics helps to boost the immune system by populating the gut with good bacteria. There is plenty of research confirming the irrefutable link between gut health and the immune system. A daily dose of probiotics will help to reduce the symptoms associated with hayfever.

Supplementing regularly with vitamin C helps to support the immune system. Camu Camu is a small Amazonian fruit that is known to have the highest vitamin C content of any plant in the world, containing 12-13% naturally occurring vitamin C.

Turmeric powder is known for being a powerful anti-inflammatory which can help to prevent the release of histamine as well as relieve some of the symptoms associated with hayfever.

Dong Quai helps to reduce the symptoms of hayfever by naturally reducing the secretion of serotonin (known to aggravate allergic symptoms); it is also known for being a natural antihistamine.

Increasing the intake of omegas can help to reduce histamine, Sea buckthorn has a high-level of plant fats including Omega-7. 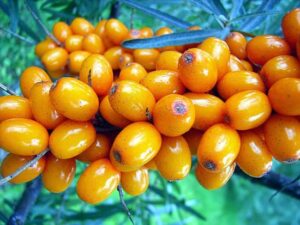 Raw flax seeds are known for being an excellent source of plant-based omegas, used to reduce secretion of histamine.